It’s been a busy year at GK Visual, and we’re excited to share some news.

We recently were awarded three honors from the Telly Awards. 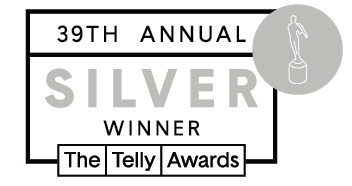 This video was produced for the Feel Your Boobies Foundation to help promote their Bras Across Campus program.

This video gives an overview of the Make a Choice campaign that our team worked on for several months. We teamed up with Red Maverick Media, Perry Media Group, and the PA Department of Health to develop a series of videos as part of a diabetes awareness and prevention initiative. The video also features fitness guru Shaun T.

This trailer highlights our feature-length documentary Poured in PA.