Today is National Beer Day! Celebrated every year on April 7, it marks the day in 1933 when the Cullen-Harrison Act was enacted after being signed into law by President Franklin D. Roosevelt, as he remarked, “I think this would be a good time for a beer.”

The act allowed people to buy, sell and drink beer containing up to 4% ABV. This was one of the first steps toward ending prohibition, and it is said that people celebrated by gathering outside of breweries.

To mark this day, we are making a push to raise $4,000 for our craft beer documentary project, Poured in PA, in one day. Help us celebrate the return of beer to the United States. 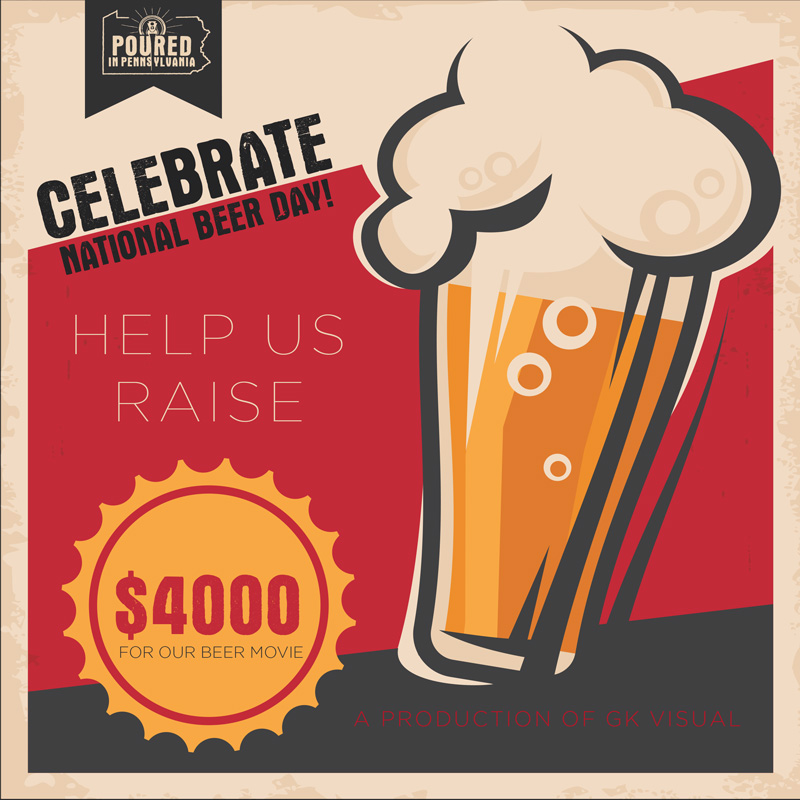 Those who support Poured on National Beer Day also will be entered to win a pair of tickets to the company’s Post-Beer Week Hangover Brunch, a fundraiser to be held Sunday, April 30 at our office in Midtown Harrisburg. The event will feature sneak previews of Poured, guest speakers from local breweries, brunch and craft beer, among other perks.

We are looking to the beer community to rally behind us and help us get this film made, and we hope to have a great bit of fun while we do it!

About “Poured in PA”

Poured in Pennsylvania is a documentary about Pennsylvania’s craft beer industry. Through interviews with brewers, industry professionals, and craft beer aficionados, the film will celebrate the rich history and culture of brewing in the Keystone state.

We launched a crowdfunding campaign through the popular site, Indiegogo, with a goal of raising $50,000. We also have the support of the Brewers of Pennsylvania, the state’s brewing guild.

Follow us on social media @pouredinpa to see behind-the-scenes photos and progress!