What’s “What’s On Tap”? For over a year now we have been working with our friend Sara Bozich to produce a series of web-videos entitled “What’s on Tap”. We are quickly approaching our 20th episode of this award-winning series.

The project is based on the observation that the best conversations often occur over a cup of coffee or a drink at the bar. It’s amazing what some people will share with a complete stranger while sharing beverages. This concept isn’t new by any means; Jerry Seinfeld, Carson Daly, and many others have been producing shows using this approach. So what if GK Visual wasn’t the first to do this? It’s a great approach to the typical interview and we decided to run with it.

We started with a test episode of what was then called “Neighborhood Shots” and we interviewed Sara as our guest. We quickly realized that Sara would be great on the other side of the interview. I’m not sure if that trial run will ever see the light of day. We were all learning with that one.

The GK Visual team met with Sara and we solidified our concept and show name. “What’s on Tap with Sara Bozich” was born. We decided the show needed to highlight the folks in our area who are making an impact on the people and community around them. This doesn’t always have to be a politician or a CEO. There are so many people from all walks of life that have great stories to tell. We have set out to unearth those tales and make new friends.

In addition to talking with people from our neighborhoods, we decided it would be fun to have local and independent musicians be the soundtrack to these conversations. The bands and music-makers that you hear in each episode have donated their music to be a part of this project. The use of their songs has propelled these interviews to a level that couldn’t be achieved had we used regular stock music. We are so thankful to these incredible musicians for allowing us to showcase their talent. I encourage you to check out the end of every episode of WOT to find out more about these bands. A lot of them are now played in regular rotation at our house.

A word should be said about the incredible team that puts together WOT. Each episode takes almost a month to produce. GK Visual is a team of four, and each interview is typically shot by two or three of us. Then one of our editors, Nick Chohany, takes over the majority of the heavy lifting. He is tasked with taking an hour long conversation and whittling it down to about 10-15 minutes. That alone is no easy task, but he takes it even further with the addition of music, effects, and photos.

Nick will often come up with a wish list of video, or b-roll, that he’d like us to capture in order to add to the visuals. We’ve videoed rock concerts, flown our drone over Harrisburg, and even smashed donuts on a car in order to get the shots that illustrate our interviewees’ stories. We never know where the story will take us. 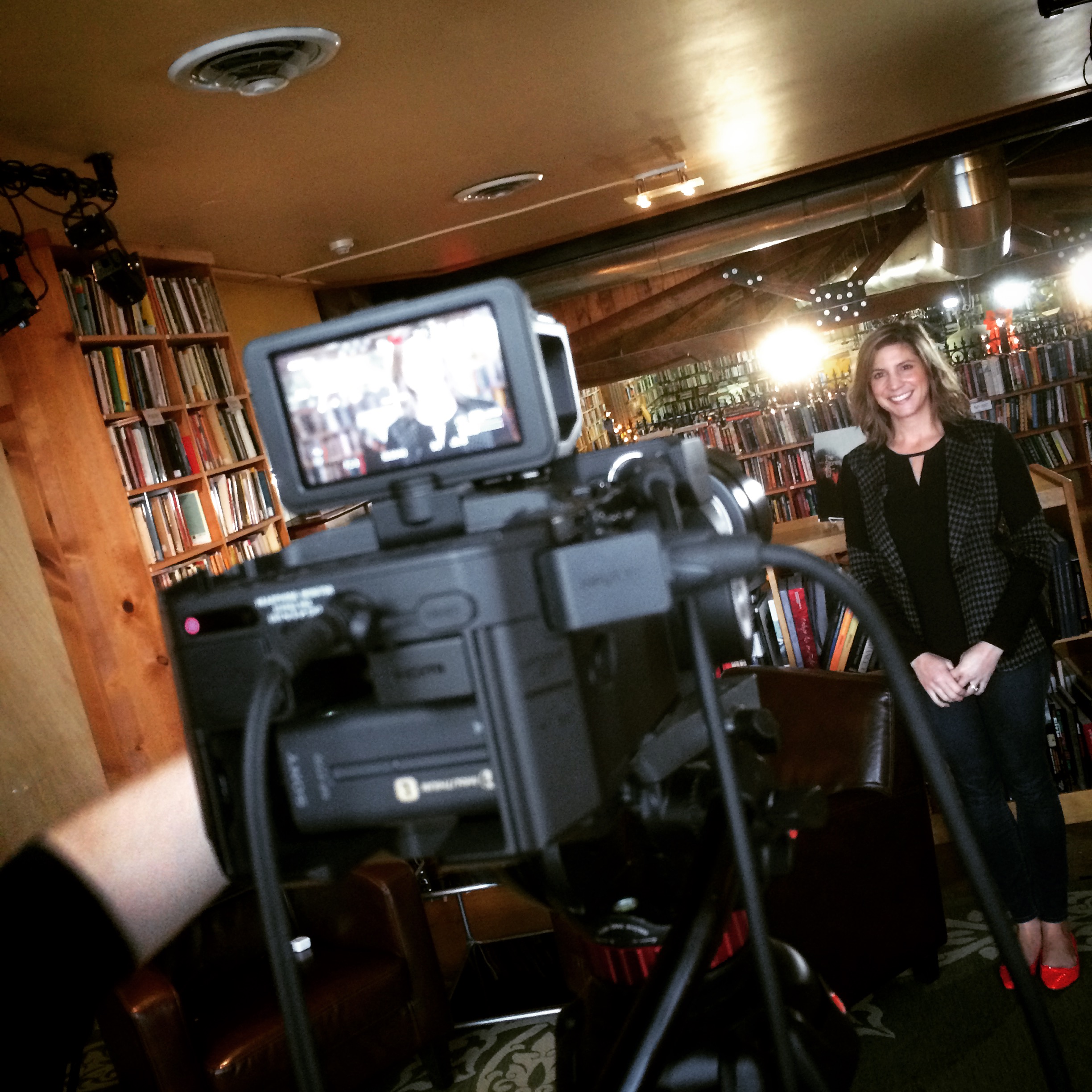 And of course there’s Sara. For each interview she spends time researching our guests to make sure we are asking the right questions. She comes to every video shoot armed with her trusted blue index cards filled with questions for our guests. She does a great job of making everyone feel comfortable while still drawing out their story.

Sara also is often tasked with finding our shooting location. She works with restaurant and bar owners to find a time and location that will work. Our video team needs a good amount of set-up time and a quiet place to record our audio. We want to thank all of the proprietors who have given us the opportunity to shoot in their restaurants, bars, and coffee shops. They have been incredibly accommodating. 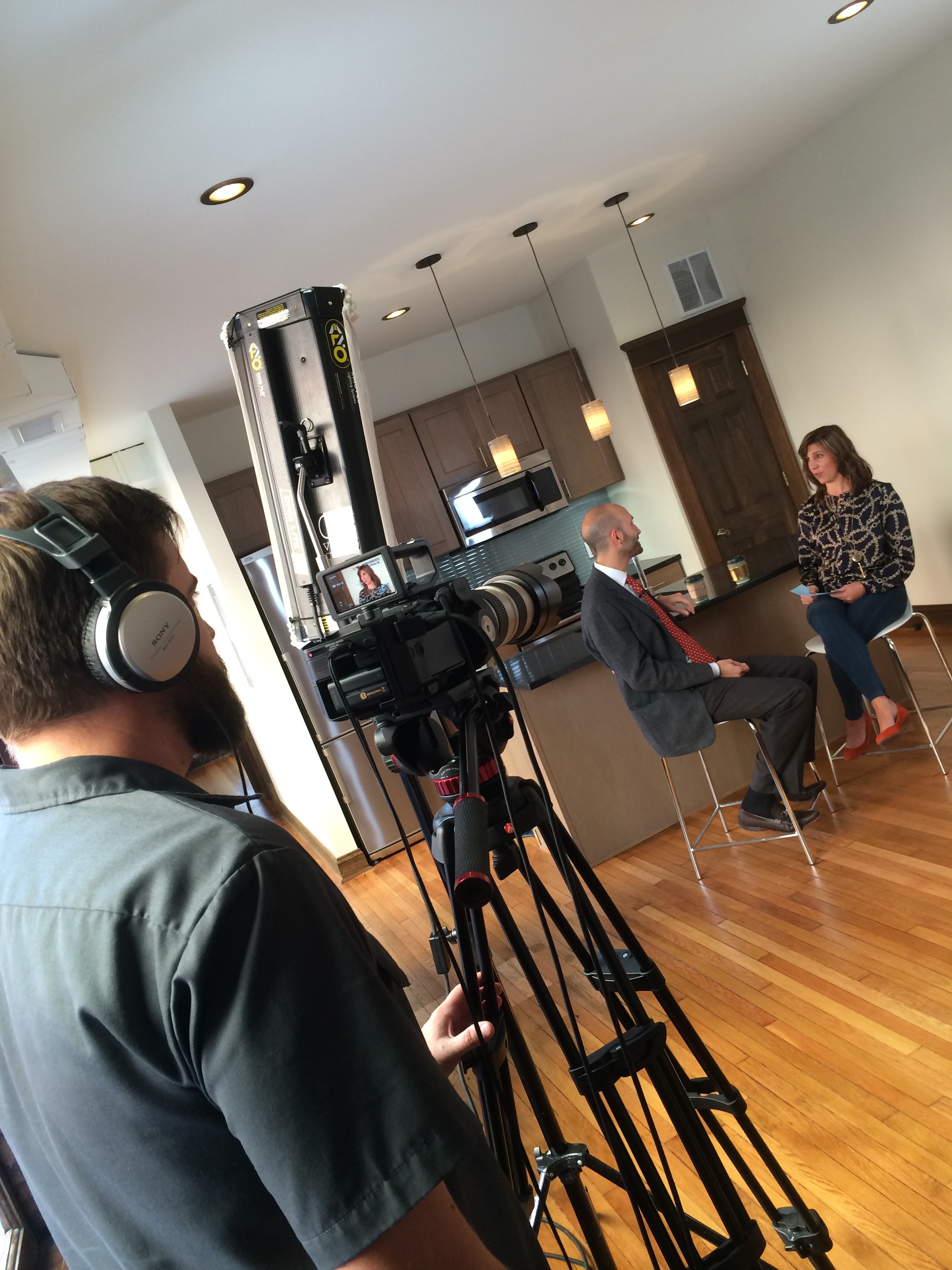 “What’s on Tap” is truly a labor of love. Neither GK Visual nor Sara makes any profit from the show. In fact, we tend to spend a good amount of our resources to produce each episode. We’re happy to do so. These stories are worth being told. We just hope you enjoy them as much as we do.